by The Kompressor Experiment 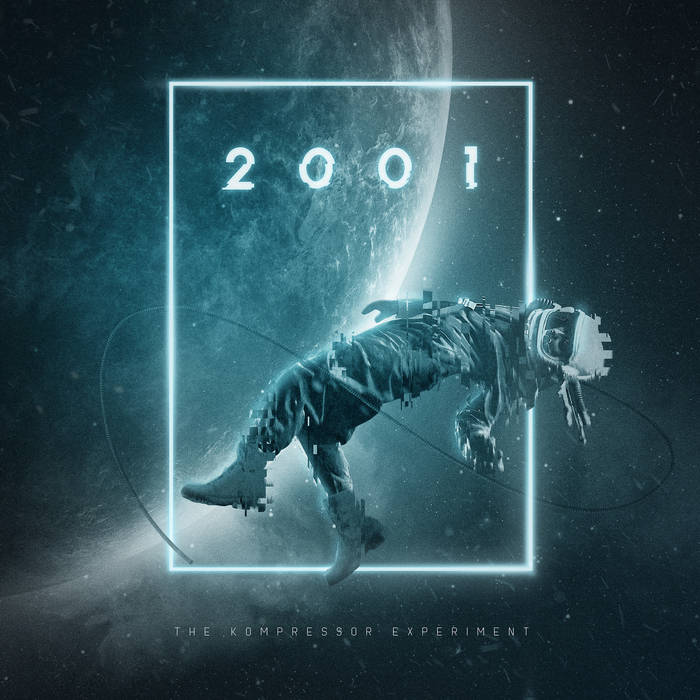 Approaching the 50th anniversary of Stanley Kubrick’s groundbreaking masterpiece 2001: A Space Odyssey, Switzerland’s The Kompressor Experiment discovered the perfect way to follow their debut album while simultaneously paying tribute to a visionary and a film that have been indisposable in their own journeys as artists. The resulting work is their compelling re-imagining of 2001, a 65-minute exploration of science fiction, space, sound and fury that interprets tones and textures from the film through a lens of post-metal and prog-rock, assembling them into a unique reverie intended as a loose companion to the celebrated imagery held within Kubrick’s film.

Following 2016’s Douze, the band has fearlessly pursued this ambitious vision with equanimity and an exacting attention to detail, seeking to explore concepts of intermingling their own original compositions with a distinguished and singular work of art. Adding to the challenge of taking on such visually striking cinema, 2001 is also a film often characterized by its powerful use of music, creating a scenario in which the band had to hold the original soundtrack in regard without treading in its considerable footprint. However, while the undertaking was undoubtedly formidable, it also proved transformational, allowing the band to explore a rich palette and utilize its vast possibilities to open their own approach to songwriting.

Surveying epic sonic storytelling (“Monolith I,” “Monolith III”), post-metal that is both curious and crushing (“Space Wandering,” “EMP.AI”), bright and riff-heavy psych musings (“Moon Groove”), deep prog vibes (“Monolith II”) and acoustic-driven meditations (“Draconic Period”), 2001 is a diverse and enthralling work that can be experienced individually or accented by whichever visual elements from the film the listener finds most compelling. The album is also arranged to run on infinite loop, as the final pulsing synth notes synch directly with the record’s opening moments.

In 2016 they debuted this concept in a live setting and now, after some revision, expansion and contraction, The Kompressor Experiment offers 2001, a most worthy sophomore release that thrusts beyond every expectation they created for themselves upon their entrance into the world of post-metal and progressive rock three years ago.

2001 will be released Friday 25 October 2019 and distributed by Season of Mist in the best stores in Europe in a double-LP and an artistic papersleeve CD.

THE KOMPRESSOR EXPERIMENT is a quartet from Sion (Switzerland) which offers a blend of instrumental progressive rock, metal, stoner and post-rock. The band adds to this genre-mix
some innovative sounds and tries to push the traditionnal boundaries of rock music.
The band's enclosed with cinematic esoteric visuals and adds to their shows some mesmerizing abstract video projections. ... more

Bandcamp Daily  your guide to the world of Bandcamp